On Max Braun’s death in 1951, his sons Artur (1) and Erwin (2) assumed the company leadership until 1961. Artur Braun “designed” the Radio SK 1/2 (3) together with Dr. Fritz Eichler (4) in 1955. To ensure the Braun design philosophy proved itself in the market Erwin Braun sought advice from experts in the field of architecture and design, in particular with the “Hochschule fuer Gestaltung (HfG)” or Ulm School of Design.

Professors Hans Gugelot and Otl Aicher came on board and, with the Braun team, designed a completely new radio and phonographic line. 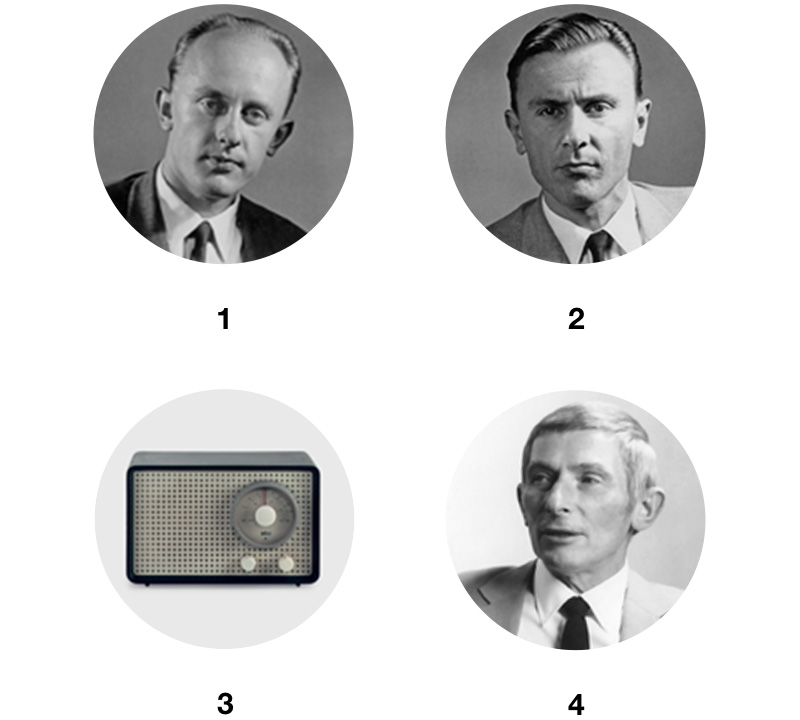 One of Germany’s most important and the world’s best known industrial designers. Dieter Rams’ (1) work has an outstanding quality which distinguishes it from the vast majority of industrial design of the entire 20th Century. His products are designed to be timeless, highly functional and pure in its aesthetics.

His heritage has influenced countless modern designs, such as the Apple iPod (2) created by Jonathan Ives. And he established the 10 Principles of Good Design which have influenced following generations of industrial designers. Dieter Rams consistently implemented his design principles over the course of over three decades as the Braun design leader, and this was critical for Braun becoming an iconic global brand. Milestone products from him and his team are displayed at the Museum of Modern Art (New York), the Centre de Pompidou (Paris) and the Museum of Applied Arts (Frankfurt). The exhibition “Less and More” showcasing his lifetime accomplishments was displayed in Osaka, Tokio, London, Frankfurt, Seoul and San Francisco and attracted over 370,000 visitors in 2009 –2012. 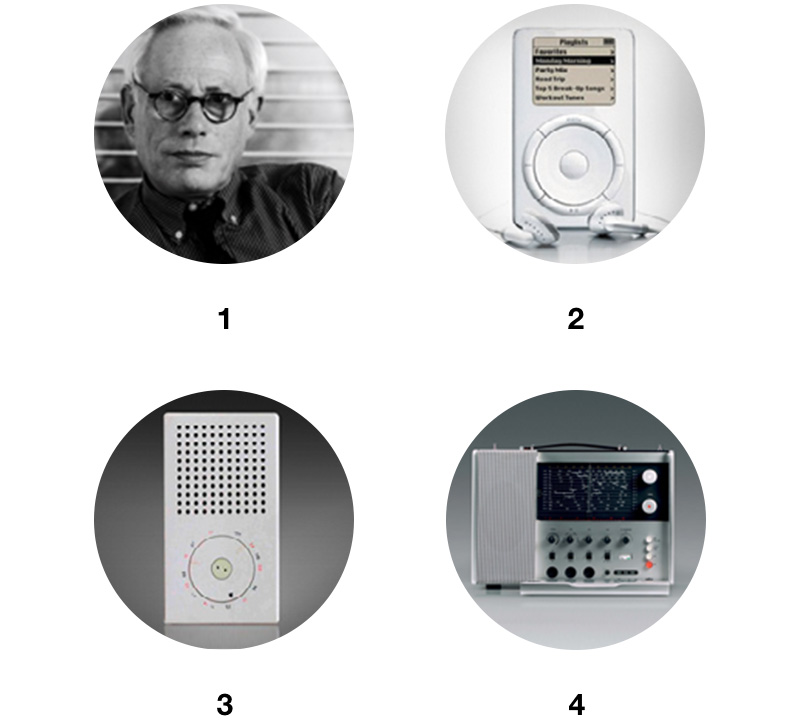 Peter Schneider (1) won the proprietary BraunPrize in 1973, was hired by Dieter Rams and became later on the Head of Braun Design in 1995, spearheading the re-design of the Braun logo (2).

He was also the BraunPrize jury chairman between 1996 and 2009 (4). During his leadership, Schneider and the brand tried to break away from the very defined and ‘tight’ design style that Dieter Rams had determined. It was an experimental phase that was also trying to reconcile the needs of wider cultural contexts in a world that was becoming more and more global. 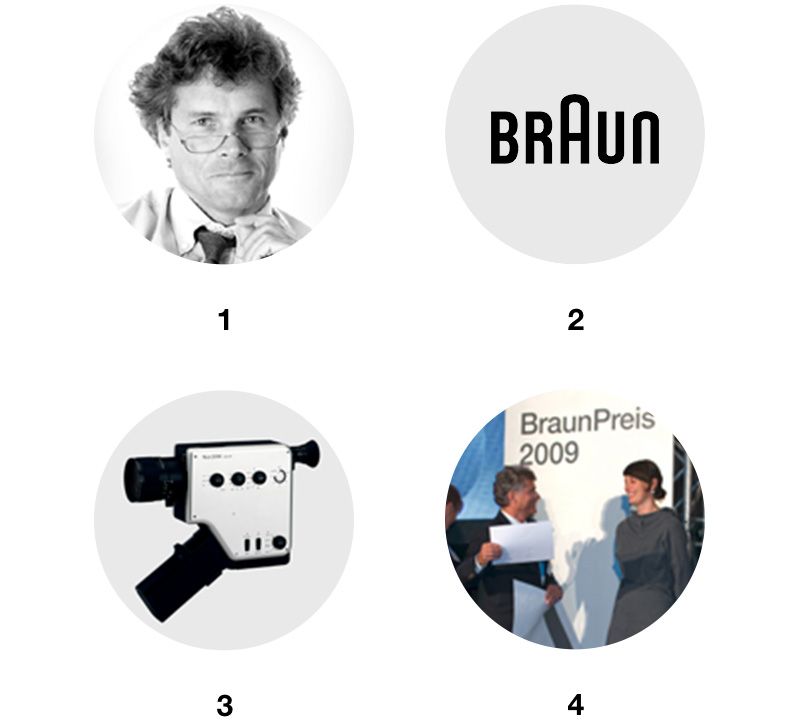 Prof. Oliver Grabes (1) has been the Head of Braun Design since 2009 and is spearheading Braun’s new design approach: “the Strength of Pure.” This philosophy stands for strong, innovative, modern, functional design and will inform all of Braun products in the future. Oliver’s approach is to combine the traditional design values of Braun with modern design interpretations.

He designs coherent products that are easy to use, useful and distinct in its aesthetics. High quality is paramount to ensure a long-lasting product that creates a positive product experience over years. In addition to being Head of Braun Design, he is the Chairman of the Jury for the BraunPrize since 2012. 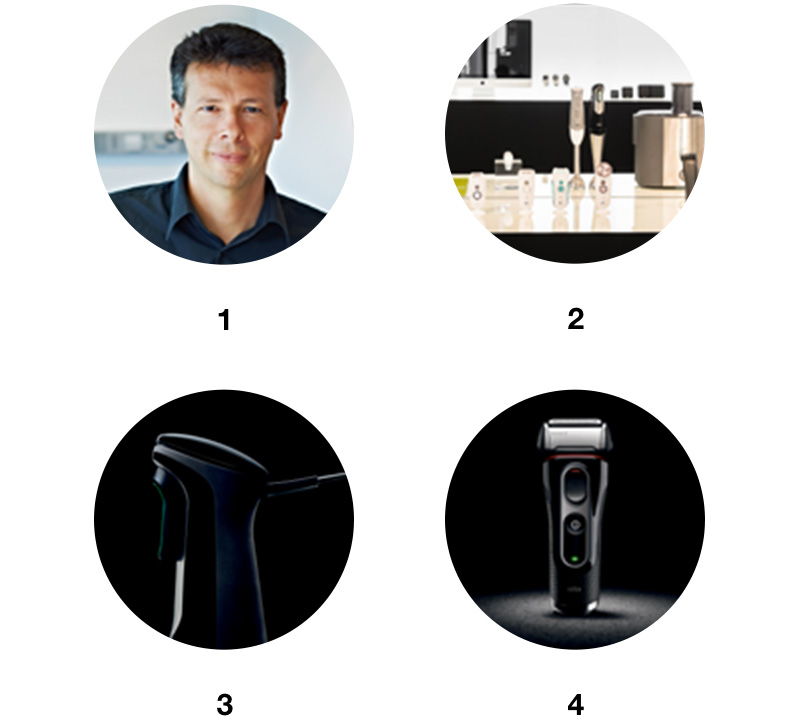